Ruben Östlund was born in 1974 in Styrsö, a small island off the West Coast of Sweden. He studied graphic design before enrolling at the University of Gothenburg, where he met producer Erik Hemmendorff, with whom he later founded Plattform Produktion. An avid skier, Östlund directed three ski films that demonstrated his taste for long takes—a technique that remains an important trademark of his work. Östlund has become known for his accurate portrayal of human social behavior, as well as his use of Photoshop and other forms of image-processing software in his films.

His feature debut, Gitarrmongot, produced by Hemmendorff, won the FIPRESCI Award at Moscow in 2005, and was the first feature film in Sweden shot on video. Involuntary premiered at Cannes’ Un Certain Regard in 2008 and was then distributed in more than 20 countries and shown at numerous festivals, garnering Östlund international recognition. Two years later, he won the Golden Bear in Berlin for Incident by a Bank, a short film in which every camera movement was computer-generated in post-production. The premiere of his third feature Play (2011) took place at Cannes’ Directors’ Fortnight, where he was awarded the Coup de Coeur award. Following Cannes, Play was shown in Venice, Toronto, and New York, as well as numerous other festivals where it was awarded additional prices and distinctions, including being nominated for the prestigious European Parliament LUX prize and winning the Nordic Prize, the highest distinction in Scandinavia.

Over the last decade Ruben Östlund’s approach to staging has influenced many Scandinavian directors and paved the way for experimentation in the usage of HD cameras and computers. In association with Erik Hemmendorff, he has created a collective with other innovative filmmakers called “The School of Gothenburg.” This year (fall 2014), he was appointed Professor of Film at the Göteborg University, Akademi Valand.

In Östlund’s bracing, darkly funny movies, modern life takes shape as a series of simultaneously devastating and absurd crises, no less real for being imagined, and the civilized veneer of Western bourgeois society barely conceals all manner of foibles and prejudices. His deconstructions of ego and privilege are elegant provocations, designed to defy easy identification and, in his words, “make the audience take a moral stand on its own.”

FORCE MAJEURE (Turist, 2014) An avalanche in the French Alps sends a father scurrying for his life, leaving behind his panicked wife and children, in Östlund’s examination of the conflict between social role and survival instinct. 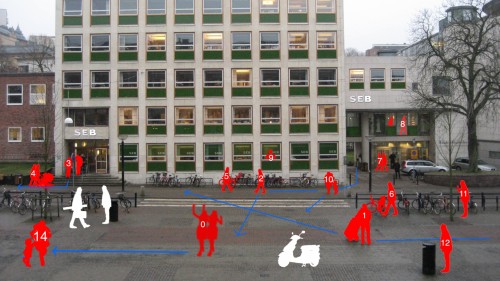 INCIDENT BY A BANK (Händelse vid bank, 2009) Based on an actual account of a bank robbery witnessed by two bystanders across the street, Östlund’s concise study of surveillance may remind some viewers of Michael Haneke’s Caché.

AUTOBIOGRAPHICAL SCENE NUMBER 6882 (Scen nr: 6882 ur mitt liv, 2005) A young man has second thoughts about his boast to jump from a bridge in this penetrating critique of peer pressure and the fragile male psyche.

GITARRMONGOT (2004) Östlund’s mostly nonprofessional cast brings a documentary quality to this compassionate, humorous portrait of outsiders and nonconformists, focusing in particular on the titular musician, a young man facing dire obstacles in life. 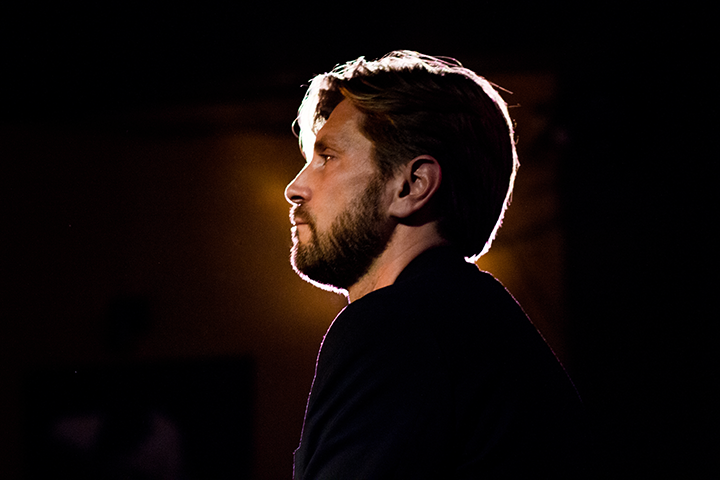